Teppy and Her Other Sides

BANGKOK: An Evening at Gramercy Park

In December 2014 I had the pleasure to make a second visit to one of my favorite cities in Asia, Bangkok, thanks to CIMB Niaga’s #HolidayOnUs! 😀 Now, every time I travel, I always (try to) meet my friends who live in the destination I will be visiting. It’s been two years since my ex-boss, Kevin Burrell, had resigned from CEVA Indonesia in which when it happened, it broke my heart because he was one of the beloved Managing Directors the company once had. I was really sad because not only he resigned, he also moved from Indonesia to Thailand. But hey… life goes one, right? And plus we should be happy for our friends for whatever their life choices are… So I was really glad that I could finally paid him a visit in Bangkok, it’s been ages! He was a such a great boss and a good friend, kinda felt like a brother in a way to me. So that night, we turned 2 years of non face to face meeting to a 3-hour intense talk. So great catching up! I could tell that he’s really happy with his career, his family, and the fact that he lives in his favorite city in Asia. Most of all I feel so blessed to have such supportive friends spread around the world like this, people you could laugh and discuss everything with and support you no matter what even though you don’t meet them that often. If you meet these kinda people, cherish them! *Teppy anaknya cengeng kalo gini-ginian, gampang terharu* 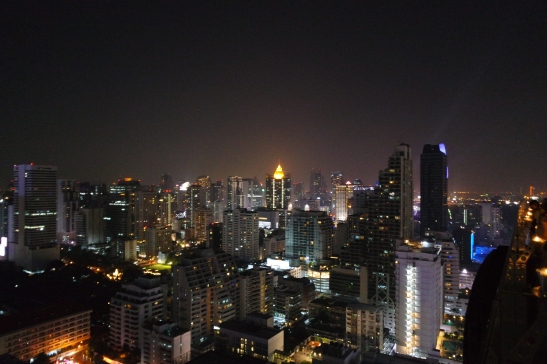 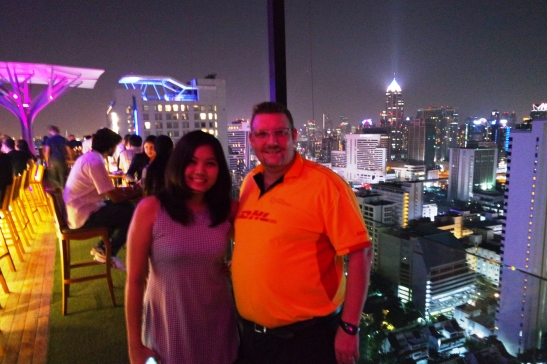 So that night we had light dinner and drinks at one of Kevin’s favorite roof top bars in Bangkok located at Fraser Suites, Soi Sukhumvit 11.  They actually have two places over here. One is Above Eleven, located on the 33-34th floor, and the other one where I had drinks at was a level above it, on the 35th, is called Gramercy Park. Gramercy is nothing too fancy, it is rather small and I think that’s why it exudes such a friendly ambience. Not pretentious at all, just pretty! The name itself was taken from a park in New York City, and it kinda has that “How I Met Your Mother” rooftop feeling, you know, the one at Ted’s apartment. I felt as if I was there, hehehe… Food and drinks were good and price wise reasonable! I LOVE BANGKOK!

If you’re there and looking for a chilled atmosphere in a relatively small place, this one might be worth the try! 😀

One comment on “BANGKOK: An Evening at Gramercy Park”